Over the weekend of May 31st – June 1st, 2014, Sprout hosted its 12th annual Sprout Film Festival in New York City. For those who attended the programs and Q&A’s, the weekend provided insightful glances into the histories, struggles and accomplishments of individuals with intellectual and developmental disabilities (IDD). The festival attracted a diverse audience made up of individuals with IDD, family members, care providers, educators and other cinephiles. Special guests included: Chris Burke (Life Goes On,) Oscar winning filmmaker, Ron Ellis (Board & Care), and Oscar nominated filmmaker, Alice Elliot. 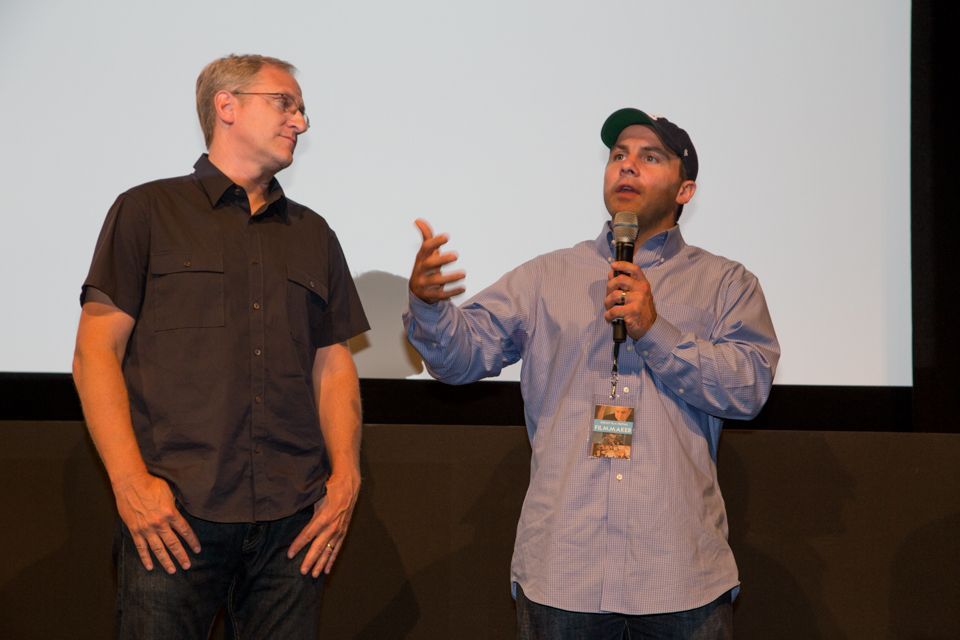 Kicking off the Sprout Film Festival was the feature documentary Dave. Dave is the hope-inspired story of an unlikely mentor who uses basketball to shepherd a minority teen with a developmental disability and in turn begins to heal the broken pieces of his own life. A mentor-driven true story, Dave is about seeing the real value in each individual and sacrificing to connect and develop the potential in others. Following this emotional documentary, Producer, Dan Pitts, and subject of the documentary, Adam Donyes, joined us for a terrific Q&A.

During the Q&A, Adam mentioned that in 2011 he founded, Link Year, a 9 month gap year program that invests time into students who do not find their potential within traditional educational brackets. “Many students, like Dave, fall through the gaps of standardized testing and never get the type of attention they need to be successful.” Adam’s organization works to help lessen the achievement gap by providing opportunities to all students. 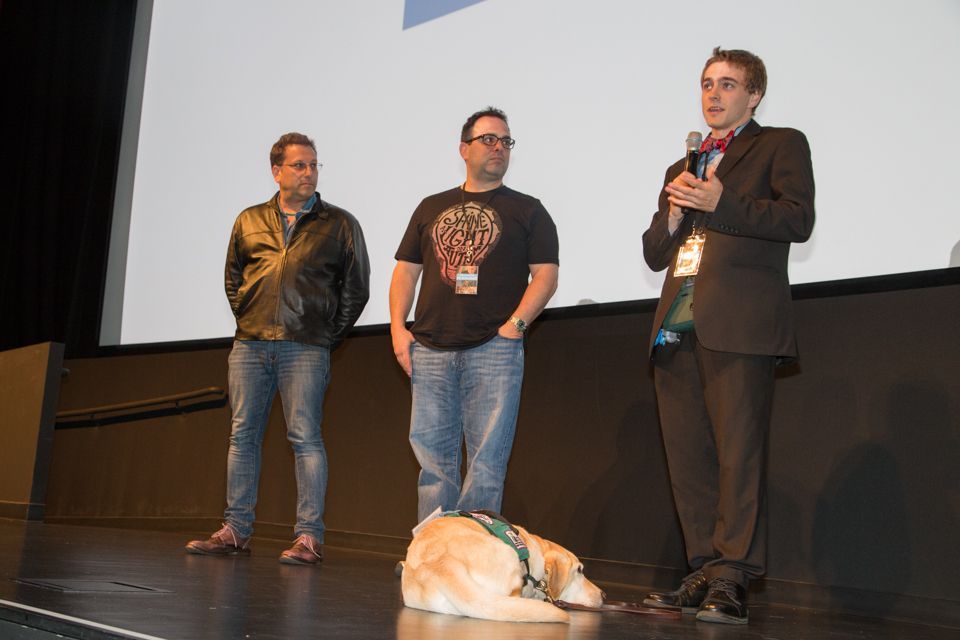 From Left: Rodrigo Dorfman, Tommy! The Dreams I Keep Inside Me.
Jonathan Gould, For The Love Of Dogs
Nathan Selove, S#!T People Say To Autistic Service Dog Partners

This year the Sprout Film Festival wanted to create a program of films specifically related to Autism. Program 2: On the Spectrum, An Autism Sensory Friendly Screening, featured 7 short films, two of which, In The Land Of The Blind and S#!t People Say To Autistic Service Dog Partners, were created by individuals on the spectrum. This was the first time any film festival in the world included sensory friendly programming. Inclusion is a big part of who we are at the Sprout Film Festival. We wanted to create a safe and comfortable environment for individuals, their families and friends to come and have the chance to see a film together. Following this unique program three filmmakers joined us for an enlightening Q&A. Rodrigo Dorfman, director of Tommy! The Dreams I Keep Inside Me. Jonathan Gould, producer of For The Love of Dogs. Nathan Selove (a person on the spectrum,) director of S#!t People Say To Autistic Service Dog Partners.

It’s easy to say that all of the films featured at the Sprout Film Festival examine some sort of social issue. Our third program, Societal Issues, featured an assemblage of seven short films and documentaries that examined specific issues such as alternative medication, genetic testing, homelessness and the exploitation of individuals with IDD in the work place. This charged program invited audience members to think about social issues that are often overlooked in the mainstream media. New York Times director, Kassie Bracken, and New York Times producer, John Woo joined us to discuss their powerful documentary The Men Of Atalissa. 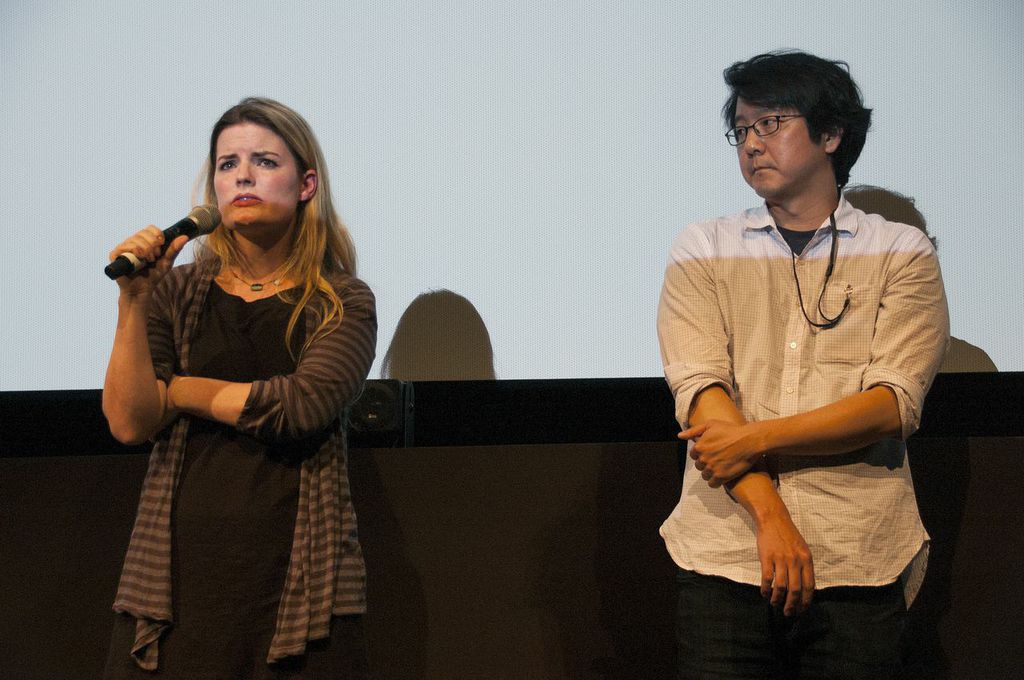 Concluding Saturday’s program of films, “Dolphin Boy,” took audience members into the world of Morad, a teenager from a northern Arab village in Israel. Following a violent attack that he experiences, Morad disconnects himself from humans. As a last resort before hospitalization in a mental institution, his devoted father takes him to be treated with dolphin therapy in the town Eliat. Morad starts speaking again after months of silence, but he erases his past and refuses to go home to his awaiting mother. This documentary is about devastating havoc human violence can wreak upon the soul. 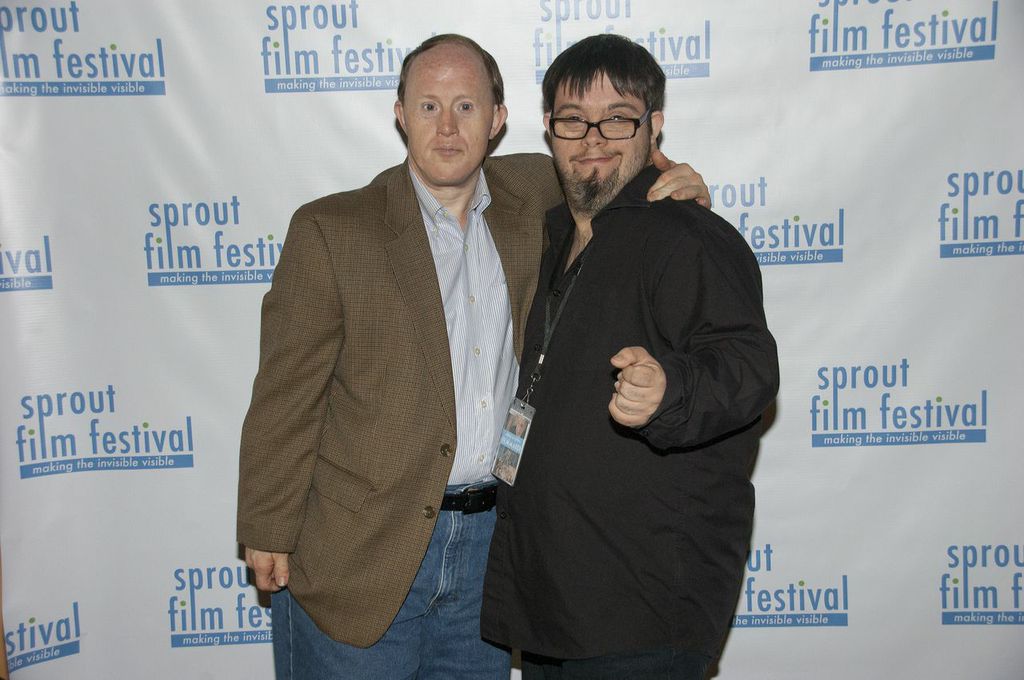 Day 2 of the Sprout Film Festival kicked off with SHOWDOWNS, a program of 10 short films, music videos and documentaries featuring individuals with Downs syndrome. Actor, musician and activist Chris Burke (Life Goes On) presented this program. One of the short films in this program, “Ups & Downs,” starred Otto Baxter. Otto recently won best actor at the 2014 Entr’2 Marches Film Festival at the Cannes Film Festival. He was starred in Happiest Day, which also screened in this program. Otto Baxter and Adam Cohen, writer of Ups & Downs, both attended the festival and participated in the Q&A. Scott Anderson, director of I Love Grilled Cheese, Leslie Diening and Circle 21 staff, creators of Extra Ordinary and Chris Burke also participated in the Q&A.

Program 6: Acceptance showcased 10 films. This heartfelt program explored the unique journeys many individuals and families take to accepting the challenges involved with having an IDD or having a child with an IDD. In the short film “Keep The Change” a young man with identity issues is forced to attend a support group that leads to an unexpected friendship. We were honored to be joined by the director of the film, Rachel Israel, and two members of the cast, Brandon Polansky & Samantha Elisofon. Also participating in the Q&A was Yvonne DuBourdieu, director of Family Life. 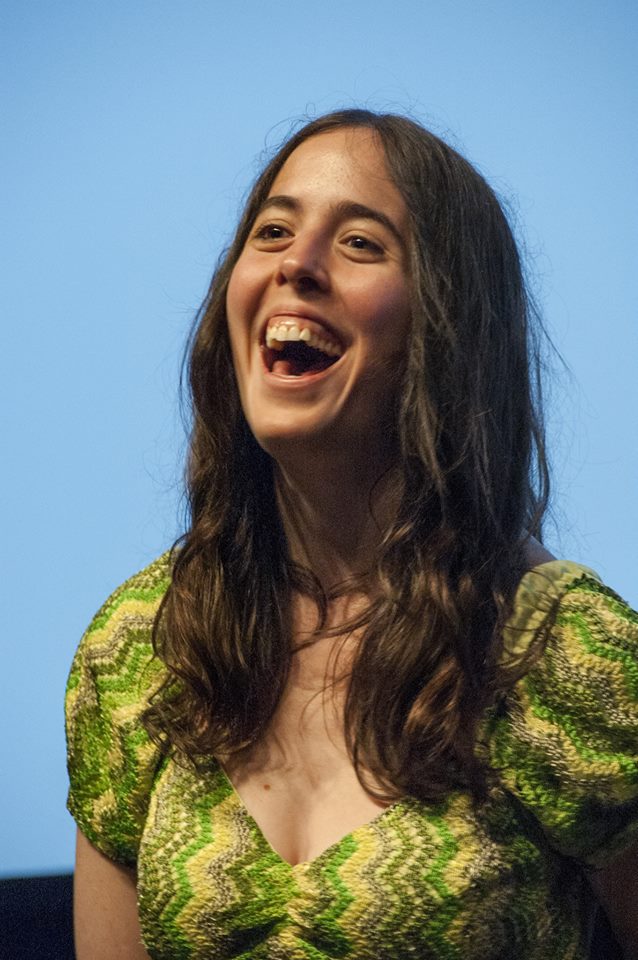 Samantha Elisofon, actress in “Keep the Change,” receives a round of applause from the audience.

Wrapping up the Sprout Film Festival was program 7: Foreign Perspectives. This program featured two films “The Blue Car” & “Junior.” In “The Blue Car,” a young man returns to Cuba to look after his brother who has Downs syndrome after the death of their grandmother. This beautiful film gave the audience a unique perspective into the lives of two brothers who much learn to understand each other and share the grief involved with loosing a loved one. In the knockout documentary, “Junior,” 23-year old Jean-Pierre Bauwens Junior, WBC youth international boxing champion, must face increasingly tougher opponents to secure a home and a better life for his brothers and sisters. He is the eldest of seven children, four of whom have Autism. This stunning documentary is a welcomed reminder of the power of film to capture real life stories in a raw and unmediated way.

Often times, for the general public there’s an unfamiliarity and discomfort associated with seeing films whose subjects have disabilities. An event like the Sprout Film Festival matters a great deal because it presents the unique points of views and concerns of members of society who are almost never seen in main stream media. In recent years television shows like Glee, American Horror Story & Breaking Bad have introduced actors with IDD. However, this occurrence is still far too rare. Films about IDD are often expected to be depressing or unappealing. However what you gain from attending the Sprout Film Festival is that these stories are human stories that attempt to capture both the joys and complexities of life. These stories teach you that the similarities are far greater than the differences.

We would like to thank everyone who participated in this amazing weekend. We wouldn’t have been able to do it without our sponsors: Direct Edge, The Lower Manhattan Cultural Council, The National Endowment of the Arts, NY Department of Cultural Affairs, The Arc, Aruba Brokers, Irwin Siegel Agency, Westchester Institute for Human Development and Just4Wheels.

For more pictures and festival news, please check us out on FACEBOOK!

Program 2: ON THE SPECTRUM: An Autism Sensory Friendly Screening